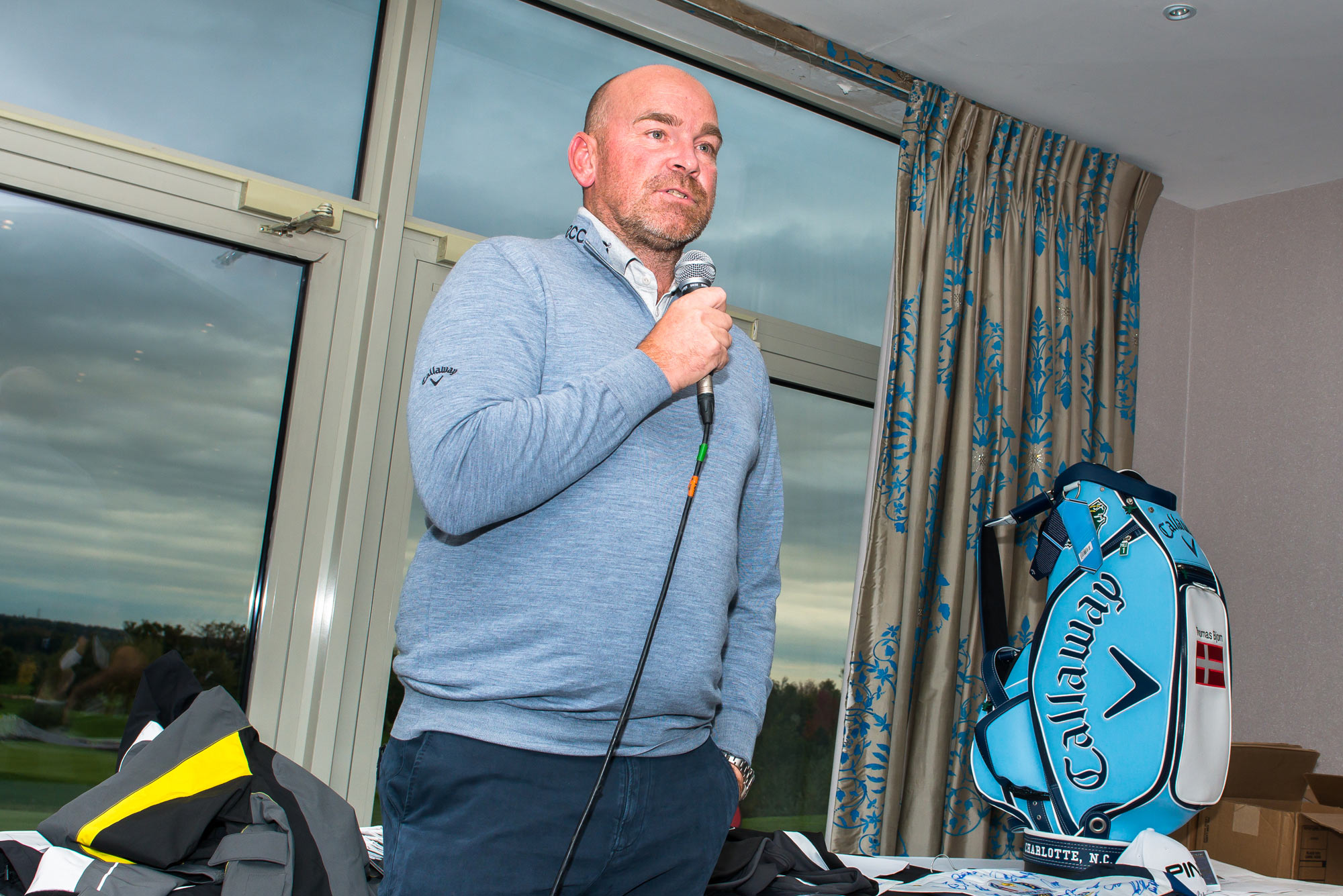 LONDON, UK – A riveting speech from the 2018 European Ryder Cup Captain stirred the blood and entranced golfers at the conclusion of the Thomas Bjørn Trophy, held at The Shire London on Monday 9th October 2017.

European Tour golf superstar Thomas Bjørn held the audience captive after dinner with inspirational words about his own winning Ryder Cup debut at Valderrama in 1997, in a team captained by Shire golf course designer Severiano Ballesteros.

Although the canny Dane did not reveal his strategy for next year’s Captain’s Picks, he finished with a rallying call for all European golf fans to get behind his team when he leads them into the 42nd Ryder Cup matches against the USA, at Le Golf National near Paris from 28-30 September 2018.

Earlier in the day 125 golfers had competed in the inaugural Thomas Bjørn Trophy, hosted by the 46 year-old Dane at The Shire London, near Barnet in Hertfordshire – where Bjørn is Honorary Captain in 2017 and 2018.

The day’s highlight was a Beat The Pro event on the Ballesteros Masters Course’s picturesque 7th hole, a 124-yard drop shot to a green which juts out into one of the club’s many lakes. Golfers lined up throughout the day to watch Thomas Bjørn take a shot at the pin, then tried to fire their own shot inside the Captain’s Callaway golf ball. Those who succeeded received a personally-signed Shire London flag from Bjørn himself at the after-golf dinner.

A raffle and charity auction in the evening raised approximately £5,000 for the European Tour Foundation, the official charity of The 2018 Ryder Cup. Premier League football legend Ray Parlour hosted the auction following his after-dinner speech which had everyone roaring with laughter.

“The Shire London must be the friendliest golf club in Britain” said Bjørn. “The welcome is always tremendous no matter who you are, and you really sense the joy and pride radiating from its members and staff on having Seve’s spectacular golf course at the heart of the club. The Shire is also setting new standards of inclusivity in the sport – which is a difficult feat to pull off. I am proud to have made it my home club, as a north London resident myself, and I always enjoy coming here.”

The day’s big individual winner was Peter Jones, who took away a new Callaway Epic driver after his enormous 44-point haul over 18 holes. In second place was none other than the Romford Pele himself, Arsenal’s Ray Parlour.

The winning team – The Singers’ Swingers – comprised Jon Osborne, Steve & Freddie Packham and Sean Maguire from Singing Hill GC in West Sussex. They will take the Thomas Bjørn Trophy itself back to the club, and each of them also won a highly desirable set of Galvin Green golf waterproofs.

In the auction The Shire London itself posted the winning bid for a Flag from The 2012 Ryder Cup, which had been signed by the entire European Team. The event was dubbed the ‘Miracle at Medinah’ after Team Europe’s stunning comeback – a victory which European Captain José María Olazábal subsequently dedicated to the his beloved Ryder Cup mentor and partner, the late Seve Ballesteros, who had passed away the year before.

Event organiser Ceri Menai-Davis summed up the club’s feelings after the long-awaited event: “This was no ordinary Captain’s Day. It is an unbelievable honour for us to be Thomas’s home club as he leads Europe’s golfers towards the 42nd Ryder Cup matches in France next year.

“Thomas was wonderful with all the golfers who played today, and even allowed a few of them to beat the pro! But you could see that he is still a world-class golfer, and also a world-class Captain and ambassador both for ourselves, and on a much wider scale for the European Tour and the European Ryder Cup team. Many of us will try to be there next year to cheer him on as he sets out to win the Cup back for Europe, and we thoroughly look forward to his next visit to The Shire London.” 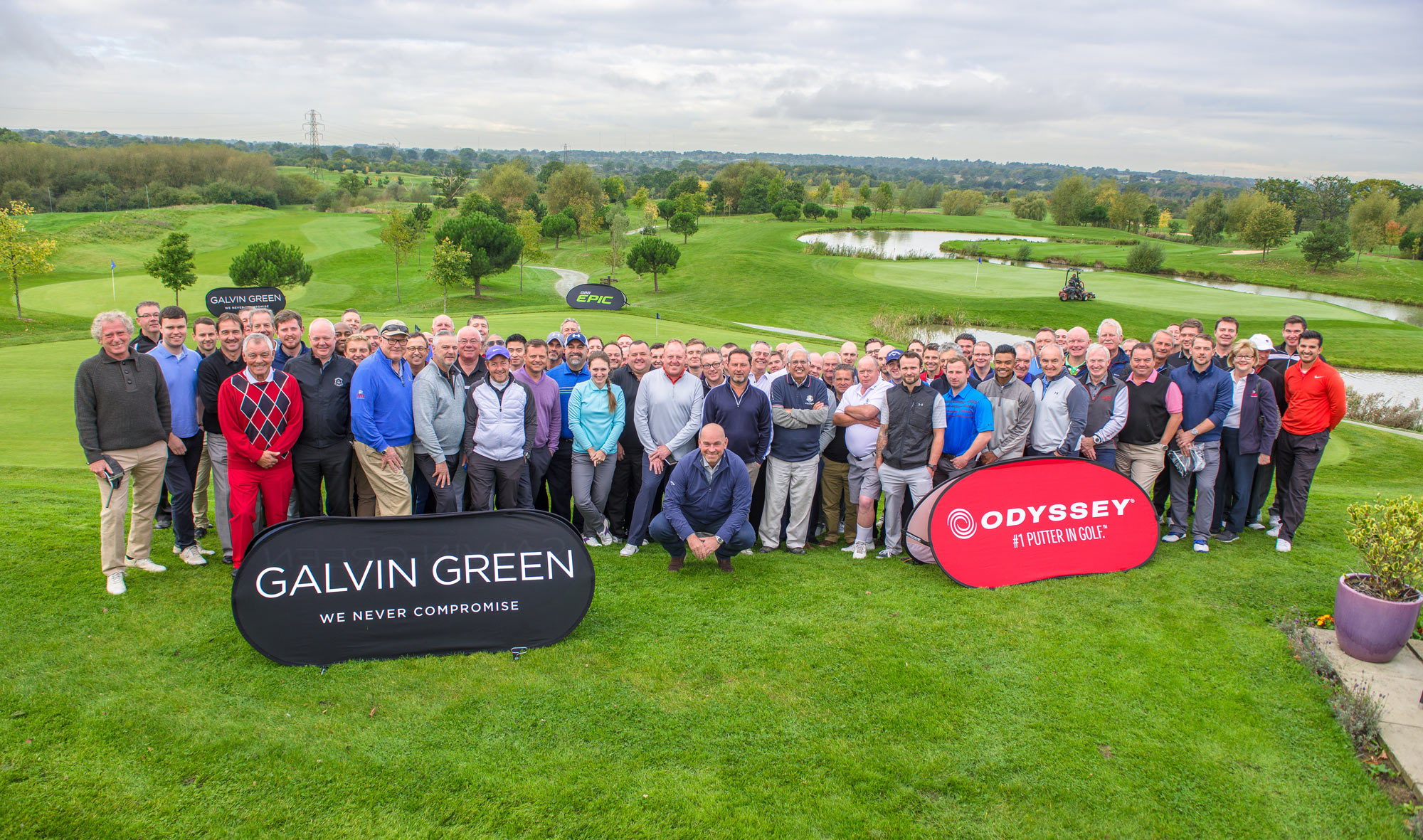